It’s a hard-luck night for Dodgers 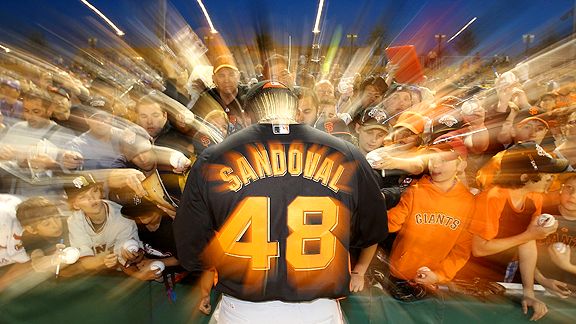 Christian Petersen/Getty ImagesPablo Sandoval shone bright on an 0-for-3 night.

Where have all the Game 7s gone?