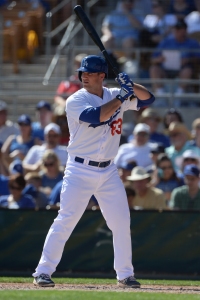 Who knew Spring Training could be so even-handedly thrilling? Check out the past 51 hours for the Dodgers:

The results? The Dodgers today finished with their third tie in their past four games, deadlocking the Rockies, 2-2. Only Seager’s double prevented the Dodgers (4-1-3) from having four consecutive ties.

Schebler hasn’t started a game for the Dodgers, but he has racked up the numbers coming off the bench against his peers. He leads Los Angeles with six hits, to go with an .857 slugging percentage.

Seager, making his first start today, walked for the fifth time in seven games. Yasiel Puig is second on the team with two.

After giving up their second run, Dodger pitchers retired the final 16 Rockies they faced (one error, one double play).

In case you missed it: Anderson flushes his cares away

In case you missed it: Starting off with sparkle