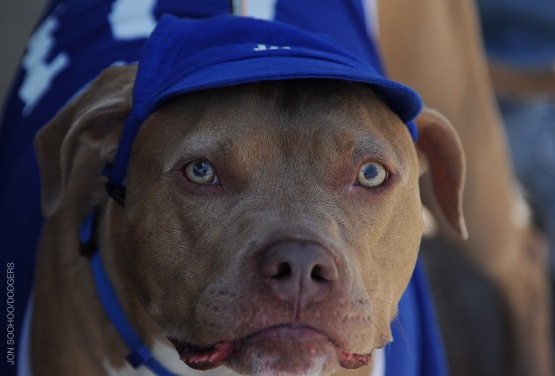 On Pups in the Park Day at Dodger Stadium, Adam Liberatore struck out both batters he faced to set a Dodger record with his 24th consecutive scoreless appearance, helping preserve a 4-3 Dodger victory over San Diego.

The 29-year-old Liberatore has thrown 18 2/3 consecutive scoreless innings during the streak, retiring 54 of 66 batters, 23 of them on strikeouts. Two of 14 baserunners he has inherited have scored, both harmlessly enough in Dodger victories.

Starting pitcher Brandon McCarthy went five innings for the second time this week, throwing 77 pitches and striking out six with three hits (one home run) and three walks. The Dodger bullpen threw four more scoreless (and perfect) innings, giving them 44 innings in nine games on the homestand with a 1.64 ERA.

Three homers? Yes, many for Yasmani