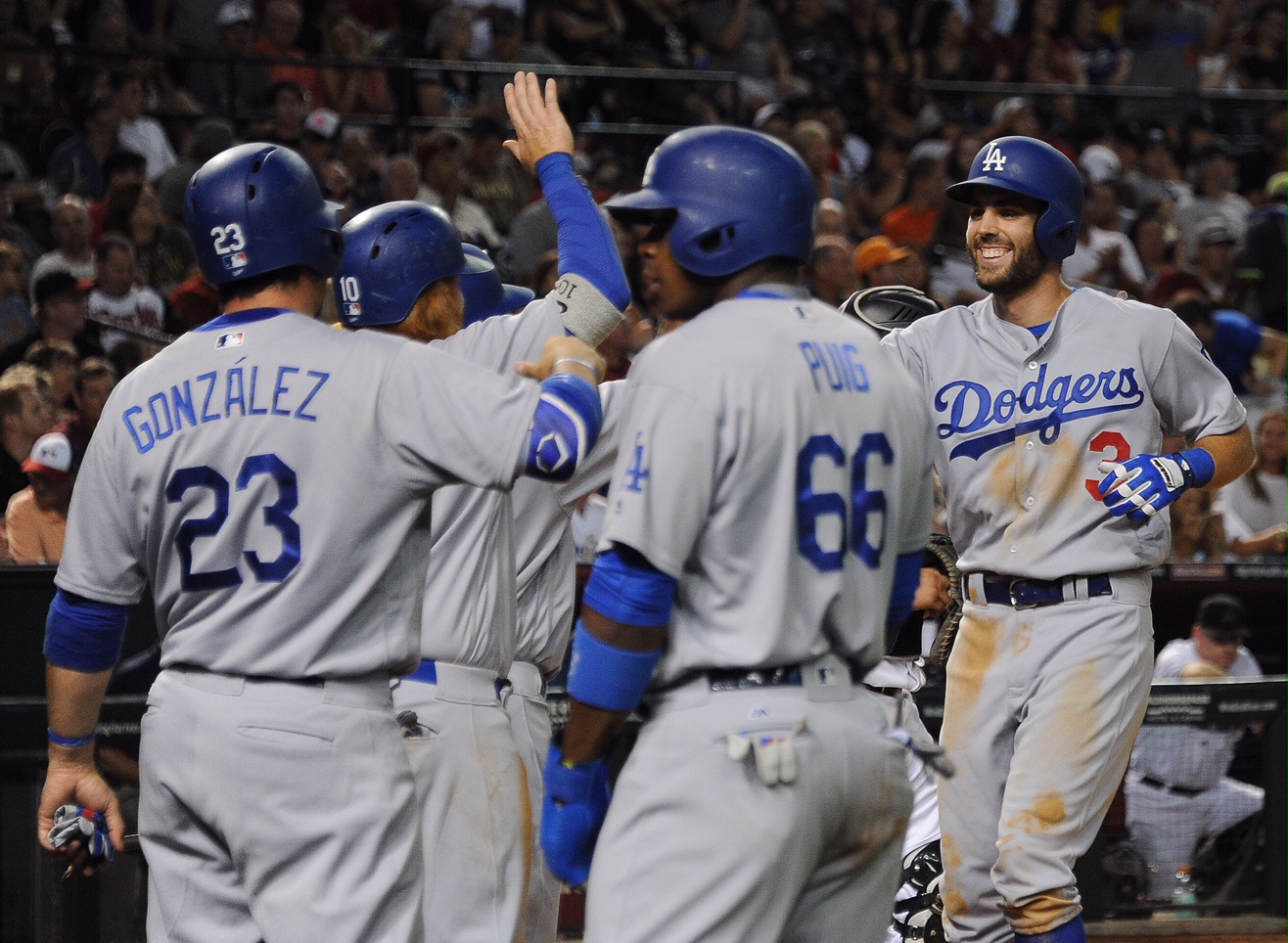 In his 97th Major League game and 11th as a Dodger, Chris Taylor had a night to remember.

Taylor tripled, doubled and hit a grand slam home run, driving in six runs in a 13-7 Dodger slugfest victory at Arizona, a game that saw every Dodger starter score by the sixth inning.

The 25-year-old, who was acquired June 19 in exchange for Zach Lee, had a chance for the cycle in the eighth inning and tried to sneak a bunt to get the necessary single, but reliever Josh Collmenter was able to lunge and backhand the ball to throw him out.

Taylor became the 13th Dodger to have a homer, triple and double in a game without the single. The Dodgers also had nine starters score in a game in their Opening Day, 15-0 win over San Diego.