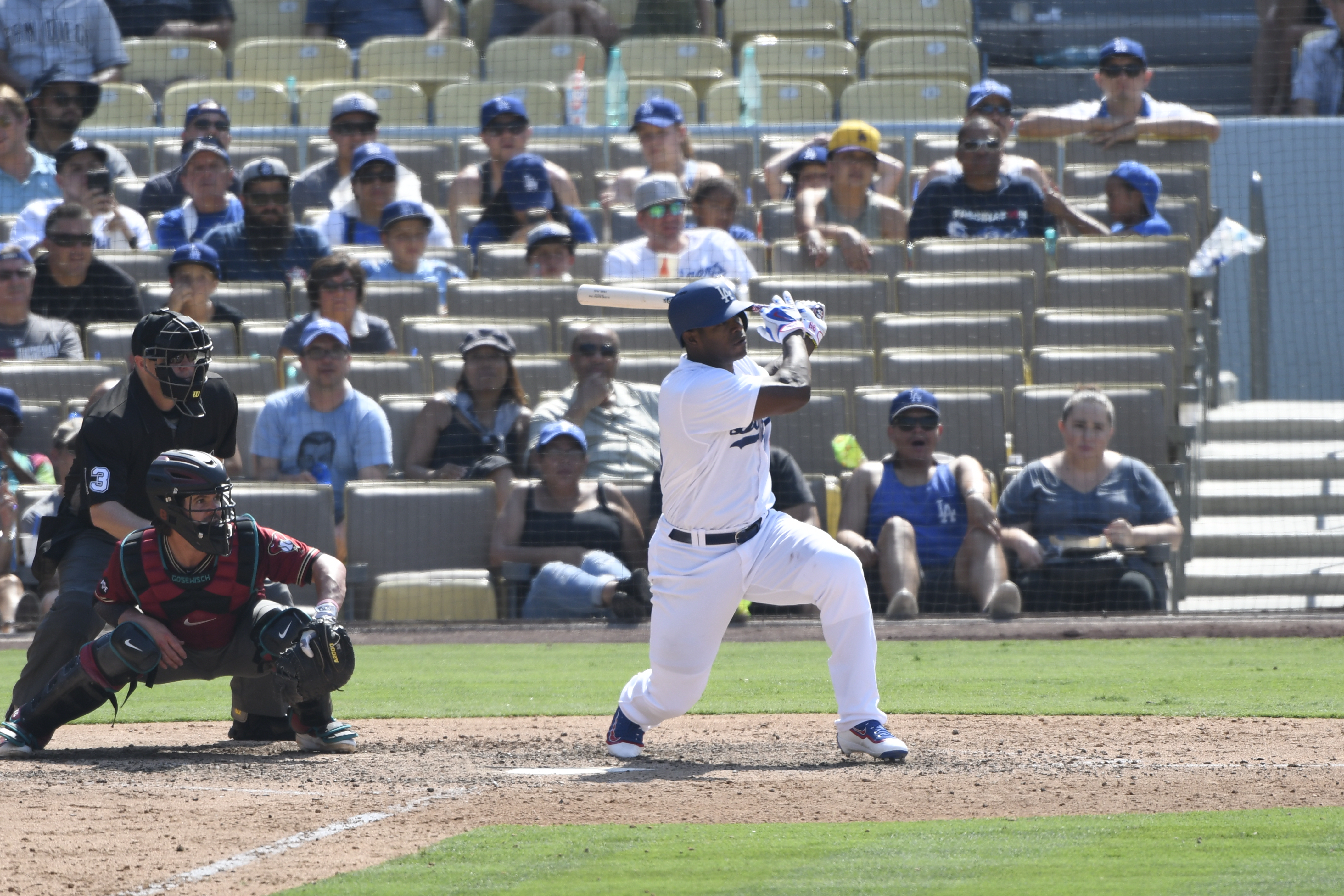 Yasiel Puig has been sent to the minors, along with Ross Stripling, to make room on the 25-man roster for newly acquired outfielder Josh Reddick and reliever Jesse Chavez.

Rich Hill remains on the disabled list, which he is eligible to return from Thursday if he’s ready. (Technically, Hill is now the 23rd Dodger on the disabled list this year, setting a National League record.) Relief pitcher Josh Fields will also report to the minors.

The Dodgers are expected to comment later today about Puig, who is being optioned to the minors (as opposed to going on a rehab assignment) for the first time since March 26, 2013, when the team sent him to Double-A Chattanooga after his first Spring Training.

END_OF_DOCUMENT_TOKEN_TO_BE_REPLACED

Farhan Zaidi is speaking to reporters today about the state of the Dodgers after today’s three trades that yielded Rich Hill and Josh Reddick, Jesse Chavez and Josh Fields, at the cost of Jharel Cotton, Grant Holmes, Frankie Montas, Mike Bolsinger and Yordan Alvarez. We’ll live-blog his comments as they come, beginning shortly after 3:30 p.m. …

END_OF_DOCUMENT_TOKEN_TO_BE_REPLACED

In an exchange of right-handed pitchers, the Dodgers have acquired Jesse Chavez and cash considerations from the Toronto Blue Jays for Mike Bolsinger.

The 28-year-old Bolsinger had a 4.27 ERA in 137 innings with the Dodgers over the past two seasons, highlighted by a 2.83 ERA in his first 16 games with Los Angeles last year.