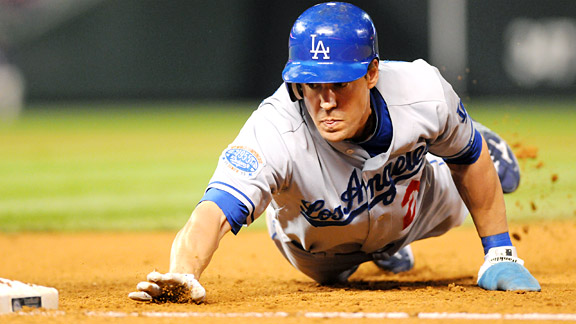 Scott Podsednik has chosen free agency over the guaranteed $2 million contract he could have had with the Dodgers for 2011. ESPNLosAngeles.com has details.

Podsednik made $1.65 million plus incentives in 2010. He hasn’t ruled out returning to the Dodgers, meaning that he thinks he can get even more for his services from Ned Colletti.

Bill Plaschke of the Times talked to both Davey Lopes and Colletti about the prospect of Lopes returning to the Dodgers as a first-base coach and baserunning instructor. I would characterize the quotes as encouraging.

In my thoughts: Sparky Anderson

Dodgers lock up lefty LF/1B in Jay Gibbons for 2011