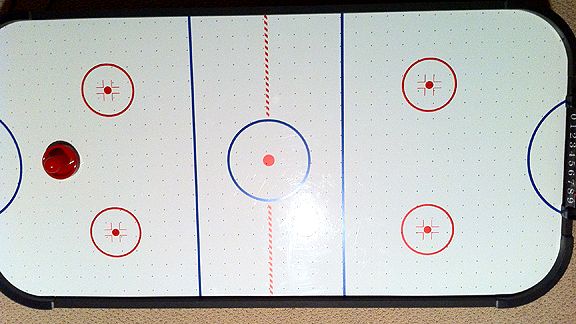 My 6-year-old son got a small air hockey game for Hanukkah.  Before bedtime tonight, he was playing with his 8-year-old sister. It started off uneventfully, but then things got more heated.

At one point, the puck went into a corner and my son moved it with his hand.

Daughter: “You can’t do that.”

Son: “Some things are impossible.”

To be clear, anything’s possible when there’s a game on the line.