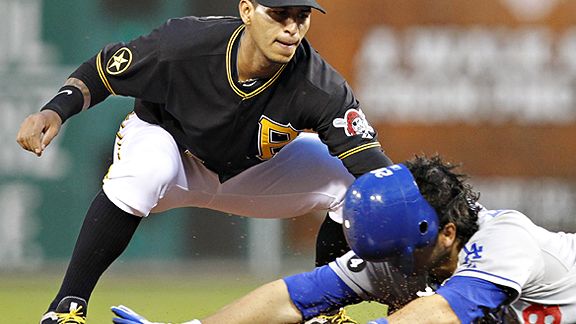 Dodgers squirrel away 10-3 victory but may lose Hawksworth

Dodgers hover near .500, but does a crash loom?