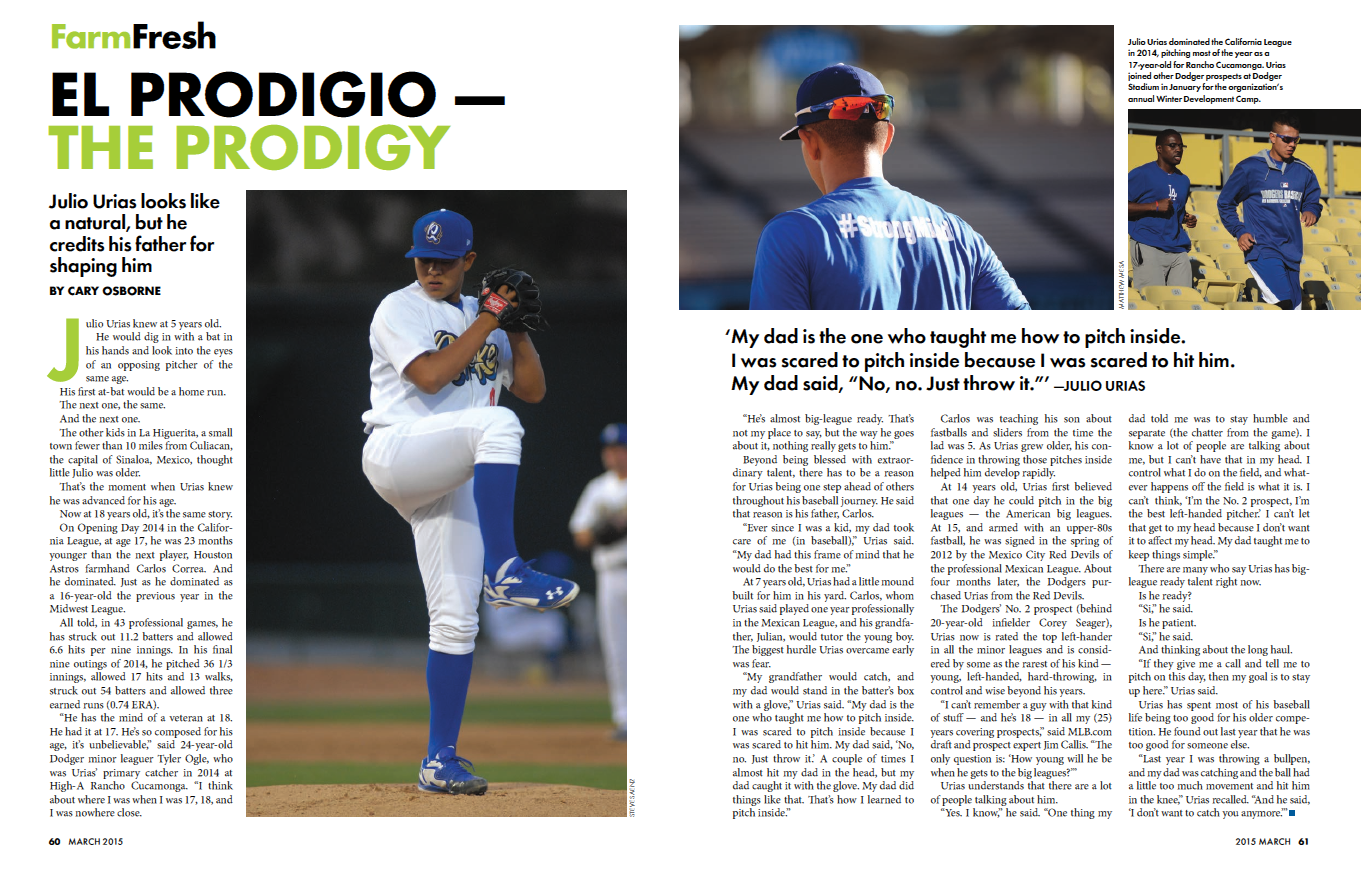 Here’s a sneak preview from the March edition of Dodger Insider magazine — Cary Osborne’s feature on Julio Urias and the influence of Urias’ father. Click the image above to enlarge.

In case you missed it: Kick in the pants edition