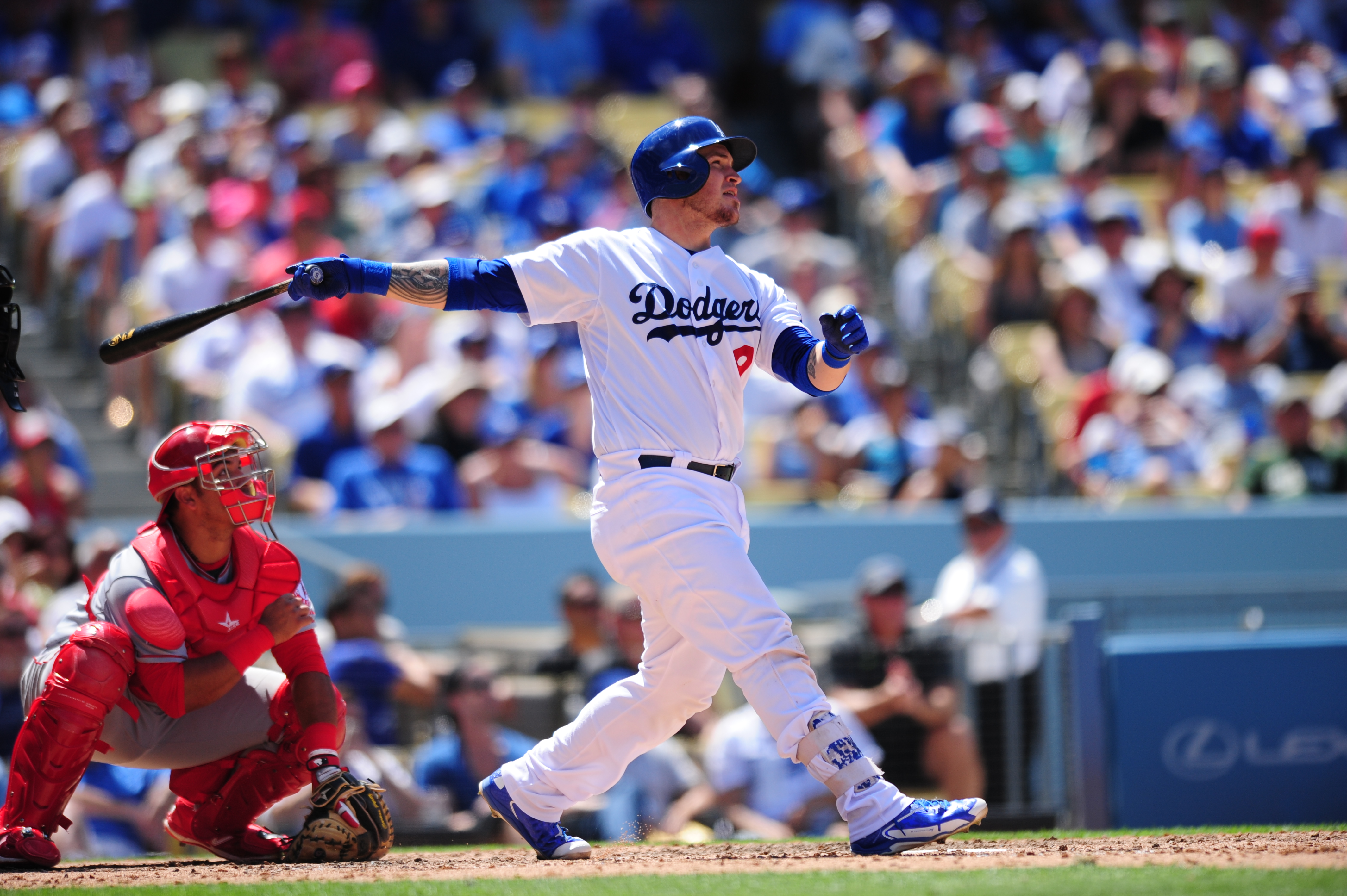 Yasmani Grandal has a .997 OPS since May 1. (Juan Ocampo/Los Angeles Dodgers)

How’s this for a transformation?

For the most part, you can thank Yasmani Grandal, who leads all MLB starting catchers with a .928 OPS behind the plate. (His .401 on-base percentage also is No. 1, while his .527 slugging is best in the National League.)

In smaller doses, A.J. Ellis and Austin Barnes have chipped in.

Barnes, who is returning to Triple-A Oklahoma City, went 3 for 10 with a double, walk and a hit-by-pitch in his second Dodger stint, for a .817 OPS. His overall OPS for the Dodgers is .722 in 18 plate appearances.

Add in Grandal’s MLB-leading pitch-framing numbers, according to Baseball Prospectus, and the team’s above-average rate of throwing out would-be basestealers, and it’s clear how dramatically improved the Dodgers are behind the plate.

(In wins above replacement, Fangraphs lists the Dodgers as No. 2 in the big leagues behind the Giants, though this includes Buster Posey’s 91 plate appearances as a first baseman, in which he has a .429 OBP and .600 slugging. In any case, this is heady company to be in.)

In case you missed it: Walker Buehler to have surgery