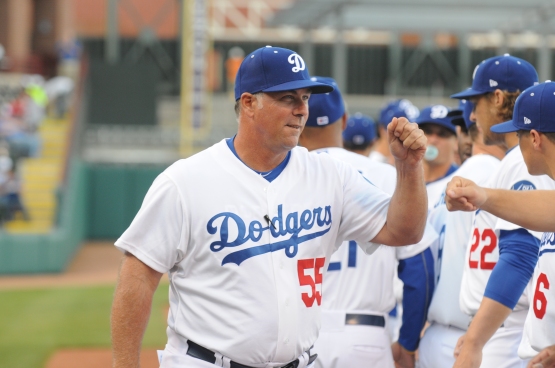 Berryhill won a vote of managers and media representatives from each PCL city. He is the first Dodger Triple-A manager to win the award since Lorenzo Bundy did for Albuquerque in 2012.

Oklahoma City won the PCL American Northern Division title with a team-record 85 victories so far and is headed for the PCL playoffs, despite roster turnover that put over 80 players in uniform during the year, amid more than 300 transactions.

The team has 11 walkoff wins, tied for the most in the PCL.

Berryhill joined the Dodger organization in 2009 at Ogden, and moved up to Albuquerque last year. Overall, he is 416-384 in eight seasons as a manager, after a 10-year career as a Major League catcher with the Chicago Cubs, Atlanta, Boston, Cincinnati and San Francisco.

Seager is Dodgers’ youngest No. 5 hitter since Beltre