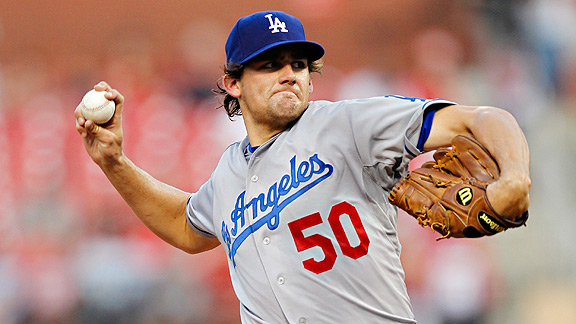 It’s early, I know, to be asking the question of who the Dodgers’ top rookie of 2011 is. But Nathan Eovaldi’s fourth consecutive Start of Decency – if not heroic, at least decidedly upright – had me thinking again about how many different rookies had contributed to what limited success this Dodger team has had.

Just to take Monday’s game as an example, Dodger rookies pitched eight of the nine innings, allowing a total of one run.

If you were picking now, who would be the 2011 Dodger Rookie of the Year?

The definition of a rookie is no more than 130 at bats, 50 innings pitched or 45 days on the active roster of a Major League club (not counting time after rosters expand September 1) before the current season. Here’s how I might rank them:

What do you all think?