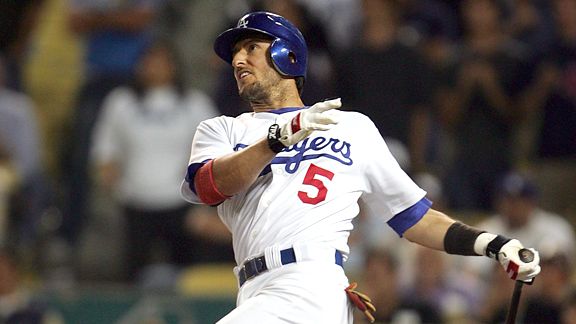 Nomar Garciaparra, whose place in Dodger lore was cemented with his game-winning home run in the 4+1 game, announced his retirement today. He is moving on to work for ESPN as a “Baseball Tonight” and game analyst.

Continuing the theme of the day, Garciaparra had nine walkoff hits in his career and five in his three Dodger seasons — four of them in 2006. Garciaparra had another game-winning home run six days after the 4+1 game.

Rob Neyer of ESPN.com is among those with more on Garciaparra.