In History, Other teams, Pitching, Television 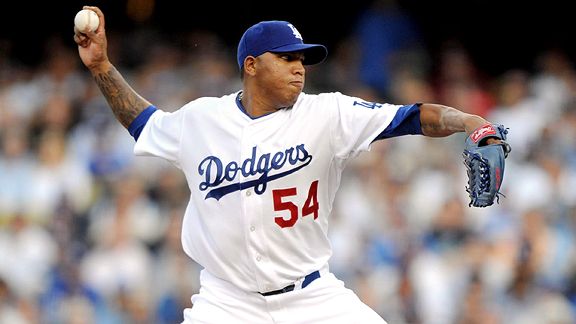 Ronald Belisario has been ruled out for the Opening Day roster by Joe Torre, reports Tony Jackson of ESPNLosAngeles.com.

Most of what I read about Belisario chides him for blowing this opportunity and letting down the Dodgers and their fans. But absent a rational explanation for what has happened, I still can’t help thinking that the bigger issue is a serious problem that we should be concerned with instead of critical of.

That might make me sound soft, and if he’s being a flake just to be a flake, I’ll adjust my reaction accordingly. But I’m just having trouble imagining why Belisario would willfully self-sabotage. Right now, I’m still in the position of hoping Belisario makes it back, mentally as well as internationally.