Davey Lopes gets me excited about 2011 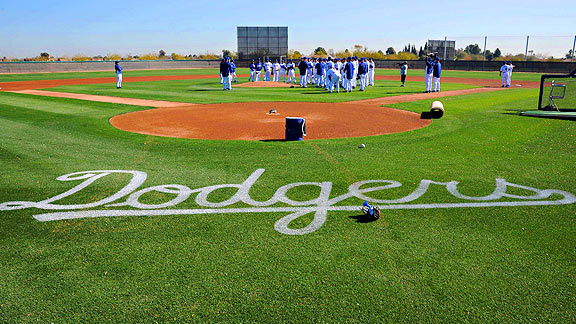 … The 45-minute session dealt mostly with the basics. But Lopes delivered his message in a charismatic, entertaining way, with a lot of the no-nonsense language one might expect from a 65-year-old baseball lifer who believes in doing things the right way, mixed with a little bit of humor.

The audience appeared to include every non-pitcher the Dodgers have in camp, and that audience burst into laughter on a few occasions, usually when Lopes would get especially animated while demonstrating the wrong way to do something.

For those who were paying attention, though, there were a lot of lessons.

“There are two reasons why you slide,” Lopes told the assembly. “First, to slow your body down. … Second, to avoid a tag.”

And thus, Lopes said, the only time a slide into first base is justified is to avoid a tag if the player covering has to come off the bag to take an off-line throw. …