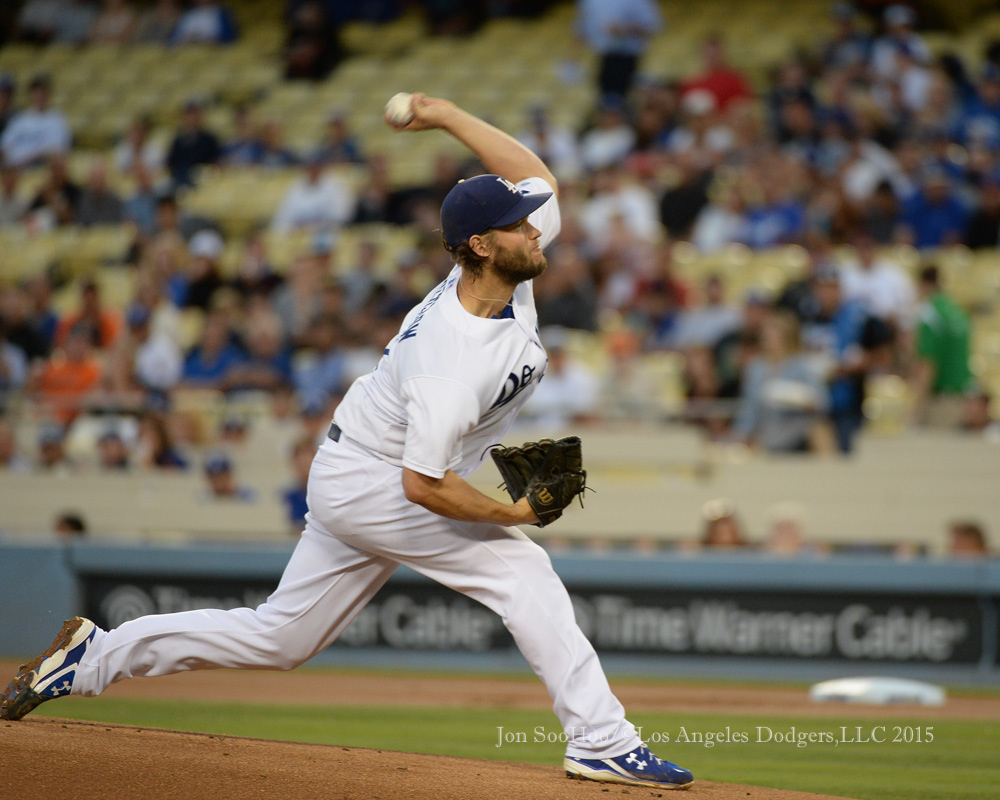 Given his many accomplishments and reputation as a workhorse, it’s hard to believe that Clayton Kershaw has never led the National League in innings pitched. The 2015 season could change all that.

Entering tonight’s start against the Angels, Kershaw has 194 innings to his name, with a chance to extend his slim lead over teammate Zack Greinke (192 2/3), Chicago’s Jake Arrieta (191), Washington’s Max Scherzer (190) and San Francisco’s Madison Bumgarner (188 2/3).

In recent years, Kershaw has lost NL innings-pitched titles to Johnny Cueto (2014), Adam Wainwright (2013), R.A. Dickey (2012) and Chris Carpenter (2011). Kershaw never had a chance in 2014 after missing all of April with an injury, but he fell short the previous three years by six innings or less each time.

Kershaw needs at least seven innings tonight to take over the MLB lead in innings from Houston’s Dallas Keuchel, in what figures to be a game of leapfrog until the end of the season.

Yasmani Grandal just told reporters that his MRI “showed inflammation and fluid in his left shoulder,” that he would have to play with for the rest of the season, according to Bill Plunkett of the Register.

However, Grandal added that he hoped to return by this weekend’s series at Arizona.

With Angels lefty Andrew Heaney on the mound, the Dodgers are going with a right-handed-hitting outfield of Justin Ruggiano, Chris Heisey and Scott Van Slyke, along with Alex Guerrero at DH. Adrian Gonzalez and Corey Seager are the only lefties in the lineup, as Jimmy Rollins takes another day to nurse an injured knuckle on his right hand. X-rays were negative on the finger.

2016 Dodger schedule: Everything you need to know

Koufax’s perfect game, from the eyes of his catcher