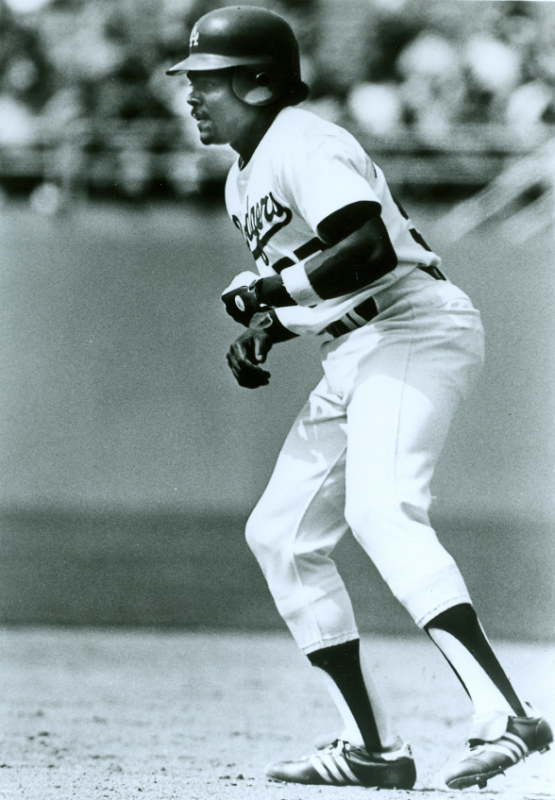 Pedro Guerrero’s slide that wasn’t into third base still haunts me. And it was 30 years ago.

Guerrero was at his peak — in fact, he was at everyone’s peak. Having hit 15 home runs in June 1985 alone, finishing the year with a National League-leading .999 OPS and 182 OPS+, Guerrero was the rightful NL Most Valuable Player, even if voters didn’t see it that way.

When Guerrero arrived at Spring Training in 1986, he seemed more than a little aware of his stature. But the media played into that. Some of the coverage bears a striking resemblance to that of Yasiel Puig over the past 2 1/2 years, in that things that should have been unremarkable were treated as the opposite.

According to Gordon Edes of the Times, there was a pool among the beat writers, players and even “a certain manager,” betting on when Guerrero would actually show up in Vero Beach. (Bob Hunter of the Daily News won.) But Guerrero wasn’t late to Spring Training. He was more than on time. He just wasn’t as early as others.

Guerrero did admit to Edes that if it were up to him, he would skip Spring Training entirely. “But if I do that and hit .210, you guys (reporters) would be all over my butt,” he said.

So Guerrero arrived. He had one hit in his first 16 at-bats, then suddenly smacked six doubles and a triple as Grapefruit League play heated up. No one worried about Pedro Guerrero, the player who was, as I’ll never tire of quoting Bill James as saying, “the best hitter God had made in a long time.”

A few months shy of his 30th birthday, Guerrero was also looking forward to putting his difficult days as a third baseman behind him. For the 1985 stretch run, Los Angeles had acquired Bill Madlock to play third base — and Mad Dog promptly hit .360/.442/.447 for the remainder of the regular season, before going 8 for 24 with three homers in the ill-fated National League Championship Series against St. Louis.

Guerrero would reside comfortably in left field, with an occasional, harmless foray to first base — none of that hot corner nonsense for him anymore. He would be the offensive focal point of a team that offered Mike Marshall (141 OPS+ in 1985), Mike Scioscia (136) and Steve Sax (.359 on-base percentage in the second half) in their prime, plus a front four in the starting rotation of Fernando Valenzuela, Orel Hershiser, Bob Welch and Rick Honeycutt.

And then, on April 3, it happened. From Edes:

VERO BEACH, Fla. — Pedro Guerrero, trapped in a moment of indecision, caught a spike in the infield dirt while sliding into third base here Thursday afternoon and ruptured a tendon in his left leg, putting the Dodgers’ most productive hitter on the sidelines for a minimum of three months.

Guerrero will undergo surgery at Centinela Hospital Medical Center in Inglewood this morning, just three days before the start of the 1986 season. He was carried off the Holman Stadium field on a stretcher in the first inning of the Dodgers’ game against the Atlanta Braves. It was the Dodgers’ last exhibition before returning home to Los Angeles Thursday night. …

… Guerrero, who has avoided sliding since suffering a career-threatening ankle injury in a minor-league game in 1977 and a knee injury three years later in a game at Montreal, decided at the last moment not to slide into third base on a hit-and-run play.

There were two out in the inning when pitcher Zane Smith of the Braves delivered a pitch to Alex Trevino. Guerrero, who was on second, and Ken Landreaux, who was on first, began running with the pitch after receiving the hit-and-run sign from Joe Amalfitano, the Dodgers’ third-base coach.

Guerrero’s uncertainty about sliding was created when the low-and-inside pitch escaped the grasp of Atlanta catcher Ozzie Virgil and rolled a few feet away.

“I was going to slide, then at the end I decided not to,” Guerrero said. “I never reached the bag.”

Instead, his spike planted itself in the infield dirt, a mix of hard Georgian clay and Turface, a synthetic mixture. Guerrero tumbled forward, beyond the base and into foul territory, clutching his leg near the knee.

“I knew he was hurt right away,” said Atlanta third baseman Ken Oberkfell. He was almost in tears. He was screaming. That was real scary. You could tell he was in a lot of pain.” …

Guerrero was out even longer than expected, coming back in August as an occasional player off the bench. He he hit his first homer of the 1986 season September 11 as a pinch-hitter. He finished the year with 15 hits in 61 at-bats, with two walks, three doubles and five home runs.

Franklin Stubbs got the majority of the action in left field and hit 20 home runs in 96 games playing that position (leading the Dodgers with 23 overall), but if anything, that was power that could have been used elsewhere. Though Guerrero came back to have a fine year in 1987 (.338/.416/.539/.955) and began the 1988 season in Los Angeles, he would never play another playoff game for the Dodgers.