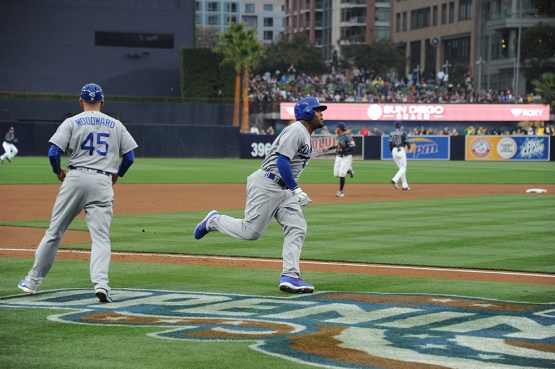 Last year, Johnson also made his big-league debut with the White Sox and had a .306 on-base percentage in 114 plate appearances.

Crawford is the 11th Dodger on the disabled list, though Yasmani Grandal and Howie Kendrick could be activated as soon as Tuesday. Grandal hit a game-tying, ninth-inning home run Friday for Oklahoma City and also walked twice on a night in which he also caught eight innings. Kendrick went 1 for 3 with a double in his rehab game with Rancho Cucamonga, playing five innings at third base.

But more potential trouble brewed for the Dodgers during Saturday’s game, after Scott Van Slyke departed in the third inning with lower back tightness.

Separately, Oklahoma City announced today that Carlos Frias was going on its disabled list with an oblique injury, the same issue that has sidelined Mike Bolsinger.