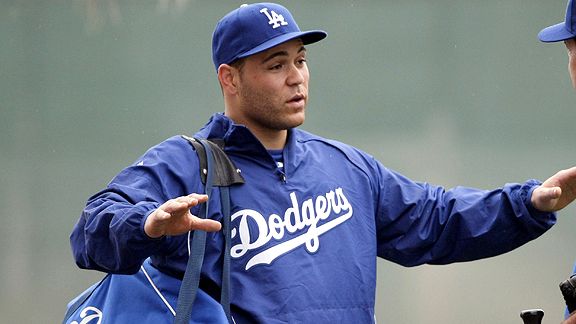 Mark Duncan/APRussell Martin played his only exhibition game of 2010 on March 5.

Ignoring my counsel – peanut gallery as it might be – the Dodgers aren’t hesitating to get Russell Martin back into action. Tony Jackson of ESPNLosAngeles.com reports that Martin will catch in a minor-league game Thursday, and that Opening Day is now a real possibility for him.

The only reason this sounds plausible to me is that I am willing to believe A.J. Ellis just can’t get a break. But we’ll see how Martin fares.