You traded Bob Welch for what? 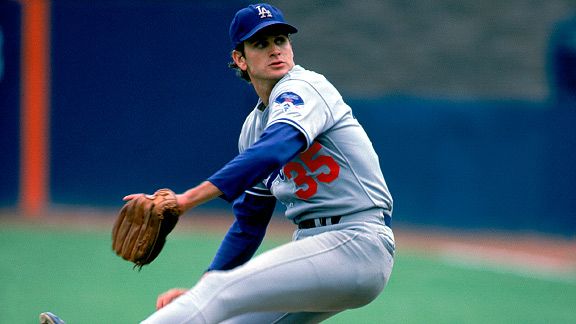 Why does Loney have four steals and four walks this year?
Brewers at Dodgers, 7:10 p.m.

Former Dodger general manager Fred Claire was interviewed at length by Albert Lyu of FullCountPitch.com about how the 1988 World Series championship Dodgers were constructed. It’s a good read – including news that the Dodgers had seriously contemplated a Pedro Guerrero-for-Kirk Gibson trade before Gibson became a free agent.

I can’t help wondering what the reaction would have been on Dodger Thoughts to the news that Bob Welch and two relievers had been sent away for Alfredo Griffin, Jay Howell and Jesse Orosco.

This is not a prediction, just an observation

Dodgers can only wonder, ‘What next?’