It’s whom you pay, not when you pay them 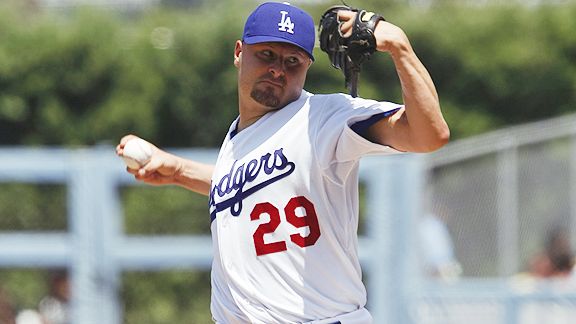 With a third of Hiroki Kuroda’s new contract coming in the form of a signing bonus to be paid in 2012 and 2013, naturally the subject of the Dodgers deferring salaries has come up again. On that subject, let me make these points:

In a nutshell, the timeframe for paying player salaries is fairly low on the issues bedeviling the Dodgers. Achieving a combination of good decisions and good luck regarding the roster is far more important. Even as the McCourt drama plays out, the Dodgers will thrive or dive depending on their personnel choices.

Eventually, the Dodgers will either operate one season on a limited budget, or they’ll find the revenue to bring their finances back to steadier ground.  I’m betting on the latter. In any case, what matters is that they spend their money wisely, whenever they spend it.

Kuroda deal is done for $12 million