‘Welcome to my Thanksgiving’: In moving ceremony, Los Angeles begins its final farewell to Vin Scully

Emotionally charged from the opening video salute to the final blue-carpet walk lined by Dodger players and coaches, tribute was paid to Vin Scully tonight, in an hour-long ceremony infused with heartstopping thoughts from guest speakers and heartwarming words from the man himself.

It was a valediction for Vinny, and a validation of our love.

In an evening that would conclude with John Williams conducting members of the Los Angeles Philarmonic in the National Anthem, so many moments played like perfect notes in a symphony.

“Vin is that favorite sweater of yours that you can’t wait to put on on a chilly day,” said Dick Enberg in the video.

END_OF_DOCUMENT_TOKEN_TO_BE_REPLACED

Steiner-Monday duo coming back for more

“Rick and Charley have been a great team in the broadcast booth,” Dodger executive vice president and chief marketing officer Lon Rosen said. “The combination of the two talents over the past 12 years has provided Dodger fans a thoroughly enjoyable journey through each and every game. We look forward to them continuing for many years to come.”

The pair will continue calling games on the Dodgers’ flagship station AM 570 LA Sports and across the Dodger radio network.

END_OF_DOCUMENT_TOKEN_TO_BE_REPLACED

All avenues lead to Vin Scully 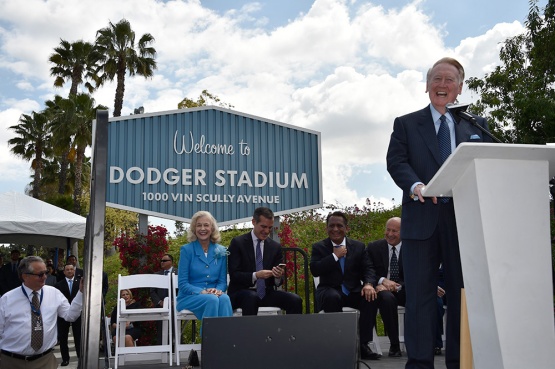 At the end of the street formerly known as Elysian Park Avenue, we witnessed today what happens when an unstoppable force meets a moved city.

In the driveway of his home away from home at Dodger Stadium, a broadcaster without equal acknowledged the formal dedication of Vin Scully Avenue, thanking the grateful fan base that has hung on his words since 1950.

END_OF_DOCUMENT_TOKEN_TO_BE_REPLACED 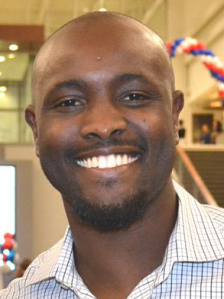 In addition, Tim Cates will host the Dodgers pregame show for the first time, incorporating reports from Rick Monday and David Vassegh leading up to the game.

Vassegh is returning for his fifth season to the Dodger Talk postgame show, where he will be joined by Gwynn with contributions from Monday, Charley Steiner, Alanna Rizzo and Ned Colletti.

Dodger Talk can be heard each night from 7 p.m. to 8 p.m. during Spring Training and, beginning March 31 with the Freeway Series against the Angels, following every game through the 2016 season.

A UCLA graduate, Cates has worked in sports talk radio for almost 20 years, covering the NBA Finals, World Series, Super Bowl and NCAA Final Fours, and serving as a producer, reporter and host on Fox Sports Radio Network and AM 570 LA Sports. Most recently, Cates has hosted UCLA football and basketball pregame and postgame shows, and can also be heard as the studio host for Compass Media Networks coverage of the Oakland Raiders and NCAA football and basketball.

In case you missed it nightcap: Up, down and away

Here are some notes and news to take in before bedtime …

If you care about such things or just like how they look, the Dodgers' 8-2-4 record so far in March translates to a .714 winning percentage. 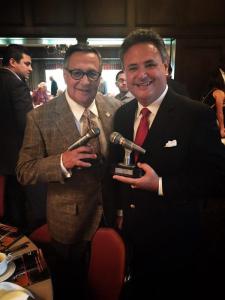 Next is a less Dodger-centric snapshot, with more focus on the transition between retiring MLB commisioner Bud Selig and his successor, Rob Manfred:

Below, filmed at the same event, Stan Kasten and Charley Steiner talk about the Dodgers’ offseason changes … 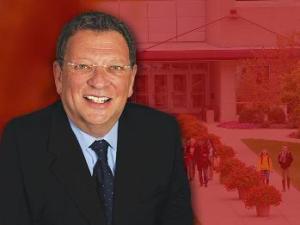 This is a big honor, to say the least. The school of communications at Bradley University is being named after Dodger broadcaster Charley Steiner.

The Charley Steiner School of Sports Communication becomes the first named sports communication school in the nation. It was announced during Bradley’s 15th annual Hollywood Gala Reception at the Skirball Center tonight.

END_OF_DOCUMENT_TOKEN_TO_BE_REPLACED

In case you missed it: Put your hands in the air There’s many more images from Wednesday’s ribbon-cutting of the outfield plazas and subsequent team workout, thanks to Jon SooHoo and his LA Photog Blog. Charley Steiner hasn’t gotten that much attention this offseason among Dodger announcers, given the spotlight on the new members of the Dodger broadcast team at SportsNet LA (Orel Hershiser, Nomar Garciaparra, Jerry Hairston, Alanna Rizzo and John Hartung) and the focus that rightfully always falls on Vin Scully.

But Steiner, believe it or not, is entering his 10th season as a Dodger play-by-play man (the only one who does 162 games a year in that role). It’s not only a milestone, it also dwarfs his tenure doing New York Yankee games and is beginning to catch up to his long-running stint at ESPN.

I always find Steiner a warm, positive presence, someone who enjoys the game and appreciates it but never takes it excessively seriously. So I took the opportunity before Monday’s Town Hall to chat with him for a few minutes.

Steiner is always quick to credit Scully for inspiring his love for radio and career as a sportscaster.

“Radio was the first thing that attracted me to broadcasting,” Steiner said, “when I was 7 years old – listening to Vin, in New York.”

That’s why Steiner has always been comfortable even in years – unlike the coming year – when he has been paired with Rick Monday on radio and hasn’t done games for television. But he’s happy to switch between the two formats – and is eager to work with Hershiser on TV.

“It’s the difference between softball and hardball,” he said. “You still have to score runs, and you still have to put people on base. … In television, obviously, the picture tells the story, and in radio, it’s your responsibility to paint the picture. So we are backselling a play. Everybody has seen it, then it will be up to Orel to explain why we saw what we just saw, whether it’s a pitch or how a team is defending a given player. On radio, we have to do that all in a hurry.

“Orel is a really bright guy, who above and beyond the experience and career he had as a player, has coaching experience, front-office experience, television experience. His baseball IQ is way off the charts. So getting to work with him and getting to learn from him – we’ve spent a fair amount of time already in the offseason – it’s exciting. It’s exciting for me, that I’ll be able to just basically throw him BP fastballs and listen to him. He’s gonna be something.”

It won’t hurt that the Dodgers figure to be anything but dull in 2014.

“This is just a wonderful confluence of events,” Steiner said. “Ownership. A franchise that has really been reborn. Then you throw into the mix this unbelievable television network that’s about to start.

“What I find so remarkable about beginning SportsNet LA is the people we are beginning it with. A: Vin – let’s set that aside. But the group that they’ve put together – Orel and I will get to do a ton of television games, and get to do a little with Nomar. Alanna’s a great talent; we all saw her at the MLB network. John Hartung has been in town forever and he’s just a perfectly cast quarterback – how’s that for a mixed metaphor – for the set. We’re working for and with one of the elite, iconic franchises in all of sports. We’re starting fresh and new with essentially an All-Star team. It’s hard to beat.”