END_OF_DOCUMENT_TOKEN_TO_BE_REPLACED

Once a Dodger (no matter how late), always a Dodger?

Joe Torre has resigned as MLB executive vice president of baseball operations to join a group pursuing ownership of the Dodgers. ESPNLosAngeles has more.

The group Torre is joining was not immediately named, though Jon Heyman of CBSSports.com tweeted that it was one led by real estate developer Rick Caruso. (Update: Torre and Caruso subsequently confirmed in a joint statement, and Bill Shaikin of the Times tweeted that the banker is Byron Trott of BDT Capital in Chicago, “called by Warren Buffett ‘the only banker he trusts.'”)

Former Dodger executive Kim Ng will be part of a trio splitting Torre’s MLB duties on an interim basis. If Torre’s group prevails in acquiring the Dodgers, it’s natural to wonder if Ng would be the team’s next general manager.

Walter O’ Malley can be seen receiving a signed baseball from Don Larsen after the Yankee pitcher’s perfect game in the 1956 World Series, in this unpublished Life Magazine photo. I found it after looking through this unpublished photo gallery of candids from the 1961 Yankees, that I visited thanks to a link from Baseball Musings.

From Tony Jackson of ESPNLosAngeles.com:

… “We haven’t worked out all the details, but a lot of my focus will be on international operations, such as the Dominican Republic,” Ng said at the Dodgers’ spring-training complex. “I talked to Joe, and he described the job, and it was something of interest to me. It took a while to process and think about. I finally came to the conclusion this job was a fantastic opportunity that I couldn’t afford to let pass me by.”

Ng denied that her decision had anything to do with any instability within the Dodgers organization resulting from owner Frank McCourt’s divorce and the possibility that the team will have to be sold.

“This is really about the opportunity in front of me,” she said. “Like I said, I have a chance to help Joe help the commissioner in changing policy and having an impact on the game in a meaningful way. That (instability) really wasn’t a part of this. Frank has been very good to me, and (general manager) Ned (Colletti) has been very good to me. This was an extremely difficult decision for me. I have been with this organization for almost half my career, and that was a big factor.

“The people I have been around all this time — I just walked in the door with Sandy Koufax — those are some of the things I am going to miss.” …

Ng said she still has the goal of becoming a general manager.

“Obviously, I have a job to do in the commissioner’s office, and I am fully committed to that,” she said. “This is a chance for me to contribute in a meaningful way to the game. In terms of my longterm aspirations, they are still there. I think if anything, this will make me a more well-rounded candidate.” 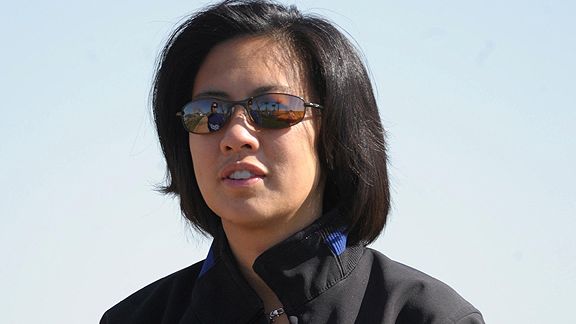 Many is the time that we both welcomed and feared this moment – the moment that Kim Ng would be rewarded for her considerable acumen by a higher profile job.

The only difference is that we envisioned her becoming the majors’ first female general manager, but now we’re contemplating whether she might someday become MLB’s first female commissioner.

A report by Ken Gurnick of MLB.com says that Ng, the Dodger vice president and general manager, will become senior vice president of baseball operations for Major League Baseball. Though the report has not been confirmed on the record, we’re thinking that an official announcement could come as soon as Tuesday morning, ending her nearly decade-long run in Los Angeles.

There’s never been an accurate way to quantify Ng’s talents, much the same as it is for all of us who don’t make a living by trying to score runs, points or goals. But there has just been too much widespread respect for her to suggest that she hasn’t been a talent on the rise. The assumption is that Joe Torre, recently named MLB executive vice president of baseball operations, recognized this as well.

Who knows … if she doesn’t stay in the MLB executive suite, maybe someday, she’ll take another turn and find her way back to Los Angeles. But in the meantime, while the Dodgers will certainly miss her, I very much want to take this opportunity to congratulate her. Well done.

Update: Bill Madden of the New York Daily News has a separate story on this. An excerpt:

With Joe Torre now in place as executive VP of operations, Major League Baseball has undertaken a major restructuring of the department. Three senior officials were fired, while former Arizona Diamondbacks GM Joe Garagiola Jr. maintains his title of senior VP but accepts a demotion from a supervisory role to the “dean of discipline” position.

In what one MLB employee described as a “bloodbath,” VP of umpiring Mike Port and longtime VP of administration Ed Burns were fired on Thursday, along with ex-Met outfielder Darryl Hamilton, the senior specialist of on-field operations. …

Replacing Port, Garagiola and Burns as the senior officials working directly under Torre are Kim Ng, the former assistant GM of the Yankees who has been serving in the same position for the Los Angeles Dodgers since 2002, and Peter Woodfork, former assistant GM of the Diamondbacks. Woodfork, who also worked in MLB’s labor relations department under executive VP Rob Manfred, is slated to be Torre’s “point man” with the umpires, while Ng’s primary responsibilities will be in the players’ area. …

Although much was made of Torre’s hiring by commissioner Bud Selig on Feb. 26 at a reported salary of $2 million, all the changes within operations were said to be in the works before he came aboard. Of the new people, only Ng had ever worked with Torre before and, like him, she was eager to flee what has become a Dodger cuckoo’s nest under battling owners Frank and Jamie McCourt, who are in the midst of increasingly messy divorce proceedings.

END_OF_DOCUMENT_TOKEN_TO_BE_REPLACED 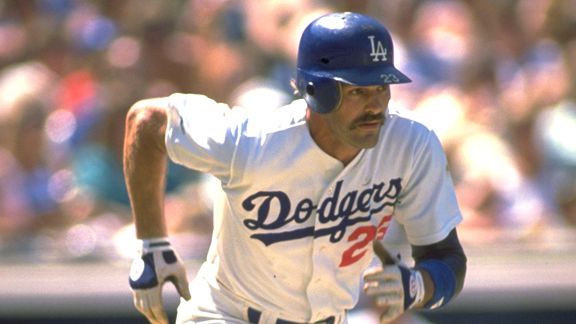