END_OF_DOCUMENT_TOKEN_TO_BE_REPLACED

How much will Dodgers fatten roster in September?

September 1, the date that active rosters can expand to as many as 40 players, has been in the Dodgers’ sightlines for some time — the seemingly perfect quirk in the schedule to serve a team that has depth in its pitching staff but not length.

Today, Dave Roberts told reporters that the Dodgers plan to activate Louis Coleman from the disabled list before Friday’s game (Thursday is actually an off day for Los Angeles, except for the Dodgers All-Access event) and also bring back reliever Casey Fien from the minors.

That would give the Dodgers a minimum of 14 pitchers, pending more possible additions as the month progresses. A recall of Luis Avilan and Josh Fields, who pitched recently for the Dodgers, would give them 16 arms. Brett Anderson, Scott Kazmir, Brandon McCarthy and Josh Ravin are on the 15-day disabled list, and so with the flick of paperwork, the pitching staff could number as many as 20.

Hopes remain for the return from the 60-day disabled list of Clayton Kershaw to the starting rotation and Alex Wood to the bullpen, and then you possibly have 22 pitchers. (That seems like a lot.) In those cases, however, someone currently on the 40-man roster would have to be displaced.

That’s why, despite his strong finish at Triple-A Oklahoma City and highly regarded prospect status, Jose De Leon — who is not on the 40-man roster yet — might not see action for Los Angeles this year. It hasn’t been ruled out, but it’s predicated on the status of the aforementioned score of pitchers.

END_OF_DOCUMENT_TOKEN_TO_BE_REPLACED

The Dish: Off the field with … Trayce Thompson

Trayce Thompson might be far from returning to the playing field, but he isn’t far from our hearts. In the most recent Dodger Insider magazine, we asked Thompson about his off-the-field thoughts and interests for our regular profile, “The Dish.”

Despite not having played since July 10, Thompson remains fifth on the Dodgers with 13 homers, seventh with 11 doubles and tied for second with five stolen bases.

Not only has Rob Segedin has been called up to the Dodgers, he is making his Major League debut tonight in left field against Boston lefty David Price.

To make room for Segedin on the 25-man roster, Chris Taylor has been optioned to Triple-A Oklahoma City. Trayce Thompson has been shifted to the 60-day disabled list.

The 27-year-old Segedin has been pounding the ball all year — first when we learned all about him during Spring Training, and then with Oklahoma City, for whom he has a .392 on-base percentage, .598 slugging percentage, 23 doubles, nine triples and 21 home runs.

Segedin has played mostly first and third base this season and in his pro career, but he has does have 75 games in left field and 66 in right.

END_OF_DOCUMENT_TOKEN_TO_BE_REPLACED 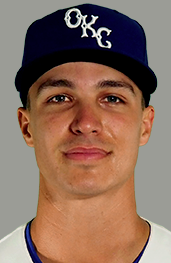 Trayce Thompson, who hasn’t been able to shake a lower back irritation despite the All-Star Break, has become the 20th Dodger to go on the disabled list this season (retroactive to July 10).

Taking his place on the active roster will be infielder-outfielder Zach Walters, who is already on the 40-man roster.

The 26-year-old Walters was acquired during the opening week of the season from Cleveland and has spent the entire season with Triple-A Oklahoma City. He has a .346 on-base percentage and 491 slugging percentage in 77 games, with 15 doubles and 10 homers, while playing every position except catcher. (Yes, he even pitched to seven batters this year.)

END_OF_DOCUMENT_TOKEN_TO_BE_REPLACED 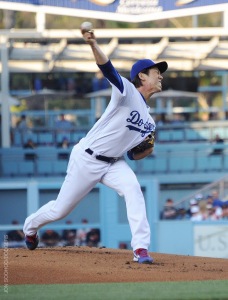 A superb first-inning catch by Trayce Thompson and a second-inning 9-6 forceout by Yasiel Puig bought Maeda some time, but the outcome hung in the balance about as long as the aching 75-mph curveball that he threw to Manny Machado with two on and none out in the top of the fifth.

Machado — who had been the victim of Thompson’s theft — slammed that tetherball off its rope, sending it to the back of the Left Field Pavilion, 453 feet away, breaking a 1-1 tie in what would be a 4-1 Orioles victory, ending the Dodgers’ winning streaks of five overall and 10 at home.

It was Baltimore’s first victory at Dodger Stadium in 49 years and nine months, since the infamous Game 2 of the 1966 World Series. (Mark Langill will have more on that game Wednesday morning.) Los Angeles had won all four of its regular-season home games against Baltimore.

END_OF_DOCUMENT_TOKEN_TO_BE_REPLACED

One locker separates the workstations of Trayce Thompson and Julio Urias in the Dodger clubhouse, which made for a funny scene when the hero of tonight’s game came by.

END_OF_DOCUMENT_TOKEN_TO_BE_REPLACED But Clayton Kershaw must think he’s Nerf or something. He leaps, he dives — he barrel-rolls if that’s what it takes.

Tonight, in the third inning, Kershaw singled. And then Chase Utley singled, and Kershaw took off. While all the Dodger fans clutched their hearts for dear life, like their boy was heedlessly dashing into the street to retrieve his ball, Kershaw rounded second and careened toward third.

He slid, hard, into the base, where the baseball was waiting for him, courtesy of Mike Trout. He was out. We was scared.

And then with that streak of Dodger dirt along his side and on his rump, Clayton Kershaw got up, walked back to get his glove, returned to the mound, and proceeded to finish dominating his latest Major League opponent.

In eight innings, Kershaw struck out 11 Angels and walked none, extending his unique Major League record, in a 5-1 victory by the home team at Dodger Stadium.

It was the sixth consecutive game that Kershaw had whiffed double-digits without walking more than one batter — two more games than anyone else has had. In addition, Kershaw is within one of Randy Johnson’s NL record for consecutive games with at least 10 strikeouts, and two of Chris Sale’s MLB record. (Pedro Martinez has the record crossing over two seasons of 10 games.)

And now, process this. For the season, Kershaw now has 88 strikeouts and still only four walks. Twenty-two strikeouts for each walk.

In his past five starts, he has 58 strikeouts. And one walk.